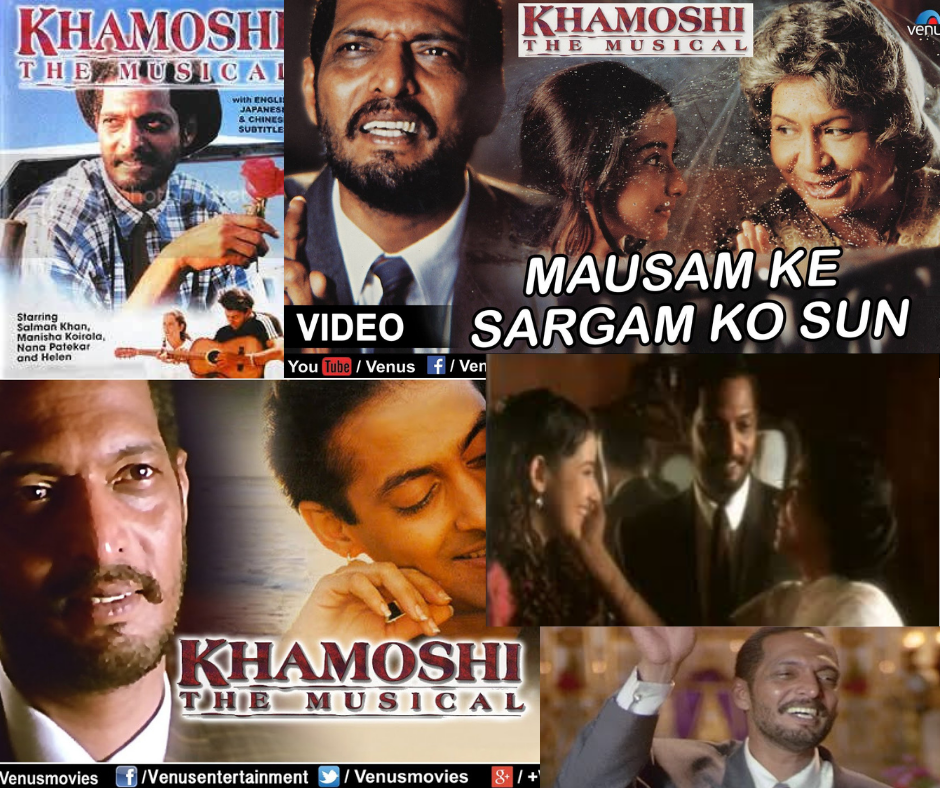 So far, I have mentioned a lot about the emotional rollercoaster journey and the physical limitations of disabled people. They deal with a life they didn’t choose and get ridiculed for no fault of theirs.

This post, however, is about the caregivers, their families, and associates. The ones who put their lives on hold to meet the needs of their disabled family. The post is an ode to celebrate the silent heroes who selflessly love and care for others, who may have to tolerate temper tantrums and emotional breakdowns. They might have to plan their lives for more than themselves and put others before them.

I have made a list of a few films like I promised last week. These films celebrate these unsung heroes: parents, friends, partners, neighbors, and so many more.

Let’s talk about these films now.

The movie is about a blind man who heads a school for visually impaired children, and Naseeruddin Shah plays the blind man, and Shabana Azmi plays his love interest and a volunteer at the school. The movie explores the lives of blind students in the school. With the two characters falling in love with each other, the impaired’s insecurities and complexities are explored. Sparsh refers to the sensation and feeling of touch upon which blind people rely on the absence of sight.

The film explores the relationship between a blind man, whose fierce independence pushes him to a solitary life. Love becomes a necessity, but the acceptance of love versus his love and charity assumptions are presented as complex layers in the film.

Most people do not understand that love is complicated for people with disabilities. Yes, we want love, but not as charity. We want to be loved like anyone else, but we would at many times doubt the intent.

This film is a beautiful story layered with the dexterity of emotions.

There was a time where films with the substance were considered of a different genre altogether. Koshish is one such film. This movie stars Sanjeev Kumar and Jaya Bachchan, who plays a deaf and mute couple. The film speaks volumes about the hardships people with disabilities have to endure, living with the majority desensitized society. The movie won Sanjeev Kumar a national award.

The couple is from a low-income group, and it is not easy for them to get the right jobs, but their tenacity wins in the end. They do not let their disability limit their happiness. The couple has a baby, and they fear the child would inherit their disability; that fear was palpable. However, the child is able-bodied and goes on to marry a deaf and mute partner like his parents, showing acceptance of such people by able-bodied partners.

It is a story of two disabled friends; while one has lost his leg to polio, the other is blind. The film revolves around their friendship is tested by time. The film speaks about relationships, moving on, responsibilities, taking care of people with disabilities, and relationships tested by fire.

There are so many sacrifices made that are unspoken about; this film discusses a few of them. This film and its songs are classics and are considered one of the finest of their times.

Is there any role that Amitabh Bachhan cannot perform? Not many people knew about Progeria in India before the film. It is a condition where a person ages rapidly. The best part of the film was Amitabh playing a 12-year-old boy, a pre-teen who was still discovering life when death knocked on his door. But what is strikingly remarkable is that the film is not a soppy story. Auro, the child, played by Amitabh at nearly 65 years of age, was not an unhappy child. He was considerate, kind, intelligent, and humorous.

The film searches for the meaning of relationships, career aspirations, relationships between 2 adults wanting different things in life, of a father and his estranged son and an unconditionally and progressive mother who not only accepts her daughter and her child out of wedlock but in the backbone of the film.

Anjali was critically acclaimed, winning three National Film Awards. It was chosen as India’s official entry to the Oscars in 1991 but was not nominated.

This tale highlights the need for awareness and sensitization in our society towards unique challenges with deep social significance. This movie highlights the struggles and trauma faced by the mentally challenged families through the protagonist’s life, a small child with a mental disability. The film chronicles the love given and received by the little girl, the relationships she establishes with every member of the family, neighbors, and friends through her interactions with the people in the society, and the family’s struggle to come to terms with the social consequences of Anjali’s presence.

The film poignantly highlights society’s hypocrisy; the outcasts are the ones who are more giving than the able-bodied ones, sometimes.

This is another story about a deaf and mute couple in the backdrop of Goa. After the death of their 2nd born, music is banned from their house, much to their older daughter’s disdain. Music was her biggest passion. The film explores the relationship between a dutiful daughter, her disabled parents’ voice, and her own ambition.

This emotional and musical journey is one of the finest performances of Nana Patekar, Seema Biswas, and Manisha Koirala. This struggle is real; this fight between responsibilities and dreams is real. Often, the caregivers could be at crossroads to choose between what they ought to do and what they really want to do. It must always be a hard decision for them. The film beautifully paints the picture of sensitivity and righteousness in relationships.

Relationships are very complex and, in most cases, only transitory. In a world of fleeting emotions and temporary relationships, we still have people who believe in selflessness and the spirit of sacrifice.

I wholeheartedly acknowledge my parents, older siblings, and even my support staff to put themselves behind me. Thank you to everyone who makes my life a little better and comfortable. I couldn’t do it without you guys.