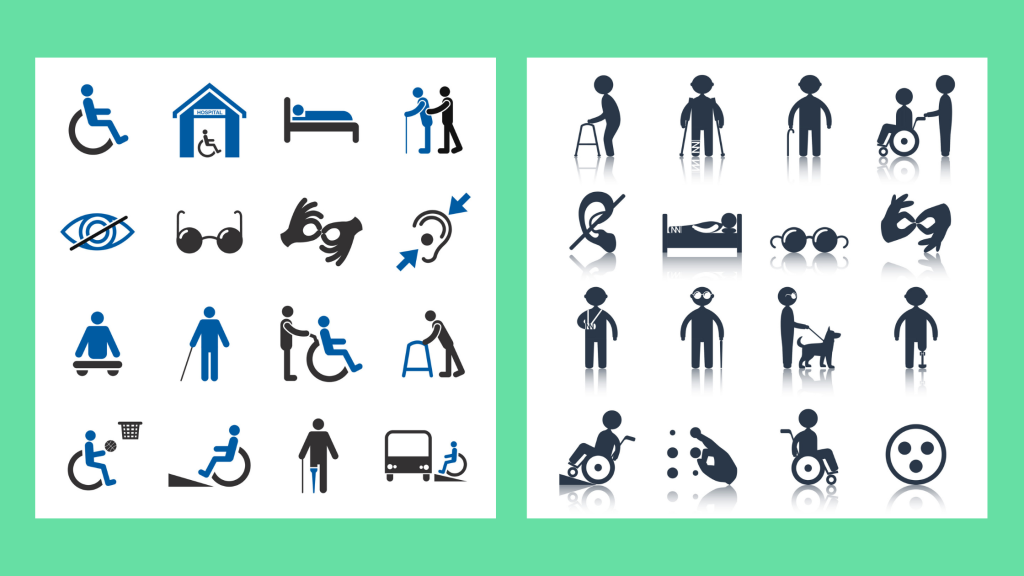 A Guide to the various Types of Disabilities : Alma Chopra

There will be more than 5, but we will touch upon all of them briefly.

Let us talk about them one by one.

These will include physiological, functional, and mobility impairments. Physical disabilities could be fluctuating or intermittent, chronic, progressive or stable, visible or invisible. These disabilities may cause variance in pain, if at all.

The progressive ones could be –

The Non-progressive ones could be –

If you have come across the term “Legally Blind,” it refers to an individual with 10% or less normal vision. You may be surprised that only 10% of people with a visual disability are entirely blind. The other 90% usually have a “Visual Impairment.”

A lot of reasons can be attributed to the loss of vision.

While people use it very loosely, the word dead is referred to someone who has severe to profound loss of hearing. “Deafened” is described as an individual who has acquired a hearing loss during their adult life.

There are some cases where the patient has both a loss of sight and hearing, and they are called “Deaf-Blind” “Hard of Hearing” describes an individual who uses their residual hearing and speech to communicate.

Mental health disabilities can take several forms, just as physical disabilities do. Most people go undetected because even in 2021, speaking about mental health is taboo. The UN states that depression is now a chronic illness, and suicide deaths have the world’s highest mortality rates. Even when celebrities are coming forward with their struggles, there is still very little awareness around mental health disorders.

However, not all is lost because most mental illnesses are treatable, unlike many physical diseases.

These may be characterized by overall intellectual development and the significantly below-average capacity, involving a permanent limitation in a person’s ability to learn.

The causes of Intellectual / Developmental disabilities could include

Any condition that impairs the development of the brain before birth, during birth, or in childhood years

It is essentially a specific and persistent disorder of a person’s CNS (Central Nervous System) affecting the overall learning process. This impacts a person’s ability to interpret what they see and hear or associate information from their brain’s different parts.

Common indicators of learning disabilities are a mismatch between the individual’s potential (aptitudes and intellectual capacity) and their actual achievement level. Having a learning disability should not be considered someone’s failure in learning. Instead, they learn differently. Many people with a learning disability may develop their strategies to compensate for or to circumvent their difficulties.

I know this was a heavy post, but it is important to know the roots of these disabilities.

I will see you guys in the next post.